redyouth: BREXIT and the 75th anniversary of the nazi invasión of the Soviet Union

The 75th anniversary of Germany’s invasion of the Soviet Union passed the day before the EU referendum – 22 June – with barely a murmur of acknowledgement from our press, who were too busy trying to brow-beat and pressurise us into voting to remain within the EU... 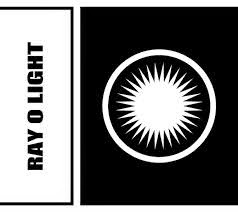 Bernie Sanders Has Taught
WALL STREET HAS RIGGED THE SYSTEM!

There is only one best place for U.S. social justice activists to be protesting in July 2016 —
in Philadelphia at the Democratic National Convention.
Here’s why.

1.      The outstanding feature of the 2016 Presidential Primary has been the voters’ angry rejection of Wall Street’s Republican and Democratic candidates, “the Republicrats.” Remember the odds-on favorites at the beginning? Jeb Bush amassed a fortune in early big money yet was swatted away by the wrath of the Republican voters. Hillary Clinton, too, would have been dispatched by the Bernie Sanders Campaign, with its outstanding domestic program addressing the needs of the 99 percent of us. But, of the two wings of the Republicrats who rule politically on behalf of Wall Street, it is the Democratic Party that is the main brake on social justice movements fighting against Wall Street, against monopoly capitalism and imperialism. The Democratic Party is the main political gatekeeper for the System.

2.      Our Wall Street rulers will not allow the U.S. citizens to vote them out of power and wipe out their obscene and criminal private profit through the ballot box! Indeed, as unrest and dissatisfaction increases among the U.S. population, the line between the military and the policehas become increasingly blurred. Wall Street controls the increasingly militarized domestic police apparatus as well as the U.S. military itself, armed with the most powerful weapons of mass destruction in world history and produced by the U.S. military-industrial complex, which has its own impact on U.S. domestic politics.

3.      The Democratic Party apparatus headed by DNC chair Debbie Wasserman Schultz conspired to deliver the Presidential nomination to Wall Street’s candidate, Hillary Clinton. Rather than maximize the opportunity of tens of millions of dollars worth of free exposure of their candidates and message like the Republican Party did, the DNC sponsored the minimum number of TV debates and held them at times when there would be low viewer turnout. Moreover, they used their even more anti-democratic rules than those of the Republican Party, especially the so-called “super delegates,” to mobilize for Clinton. Throughout the Presidential primary campaign, they counted “committed” super delegate votes as if they had already been cast to give the public the false impression that Clinton was beating Sanders badly. These official votes appeared in newspapers, on TV and throughout the media every time there was a state primary vote. The DNC miscounted ballots and manipulated state caucuses. They got the Congressional Black Caucus Political Action Committee, i.e. staffers, lobbyists and a small percentage of the actual Black Congress members, to endorse Clinton before the South Carolina primary, highlighted by John Lewis’ lies about Clinton’s role during the Civil Rights era when she supported Barry Goldwater during the very period when Goldwater opposed the Voting Rights Act! And in conjunction with the monopoly capitalist-controlled media, CNN et al., they concocted out of nothing a “news story” that Clinton had achieved “an historic victory,” the night before the California primary. Were the California votes ever counted at all?!

4.      President Barack Obama, one of Wall Street’s most valuable presidents ever, has now openly declared his loyalty to Wall Street’s chief remaining candidate by endorsing Hillary Clinton as “the best prepared candidate for president in U.S. history.” Her preparation includes the following: Clinton has taken huge bribes/ “speaking fees” from the likes of Goldman Sachs, the biggest Wall Street winner in the current economic crisis thanks to the George W. Bush and Obama Regimes.  As Secretary of State, Clinton helped to oust President Zelaya of Honduras and then helped Obama to prevent the elected President’s return. She  helped lead Obama’s colonialist war on Libya, under the Qaddafi Regime, the most successful country on the African continent and now a ruined nation-state. And, with blood on her hands, in true white supremacist fashion, she infamously declared, regarding the cold-blooded murder of Qaddafi: “We came, we saw, he died!” Indeed, Clinton is well prepared to take the helm of the U.S. Empire.

5.      What about the Trump menace? In style and substance, Donald Trump is a fascist politician in the classic Adolph Hitler and “National Socialist” (Nazi) sense. This billionaire’s angry campaign combines demagogic populist rhetoric proclaiming that the system is rigged against the majority of us, on the one hand, with chauvinistic hatred toward Latino immigrants, Muslim religious believers, Afro-American citizens and many other “non-white American” ethnic groups here and around the world, on the other. He argues further that because of his immense personal wealth, he is “independent” of the Wall Street rulers. Regarding the U.S. Empire in decline, he promises to “make America great again.”

As Georgi Dimitrov, the leader of the Communist International who heroically and successfully defied and exposed Hitlerite Fascism, and then helped the Soviet Union lead in the defeat of  world fascism in World War II, taught: “It is in the interests of the most reactionary circles of the bourgeoisie that fascism intercepts the disappointed masses who desert the old bourgeois parties. But it impresses these masses by the vehemence of its attacks on the  bourgeois governments and its irreconcilable attitude to the old bourgeois parties.” Indeed, as the masses began to rally to Bernie Sanders’ social-democratic domestic program against Wall Street, the monopoly capitalist-dominated mass media gave unprecedented coverage to every grunt and rant of Trump, magnifying his “anger against the system.” And Trump’s rants were even angrier than Sanders, who had committed from the outset to support the successful Democratic candidate, and whose campaign was only minimally covered, especially given the huge crowds Sanders was gathering throughout the primaries.

But Trump’s similarities to Hitler and German fascism of the 1930’s does not automatically make him the main political target who must be stopped at all costs at this particular historical moment. Fascism comes to power through different paths as shown, for example, in the experience of Fascist Italy as compared to Nazi Germany. Dimitrov observed that, “Bourgeois governments usually pass through a number of preliminary stages and adopt a number of reactionary measures which directly facilitate the accession to power of fascism. Whoever does not fight the reactionary measures of the bourgeoisie and the growth of fascism at these preparatory stages is not in a position to prevent the victory of fascism, but, on the contrary, facilitates that victory.”

6.      Clinton, the Democrat, is the absolute worst candidate to support “against Trump.” As a loyal tool of Wall Street, Clinton will not educate the voters against the financial oligarchy but will apologize and cover up for Wall Street. Coupled with her Democratic Party rhetoric, this will only enrage the voters all the more, moving them further into the Trump camp. It was precisely Sanders’ focus on the rigged Wall Street economy and politics that allowed his candidacy to thrive against all odds. With Sanders out of the race the same old “Republicrat” rhetoric will provide new fuel to the Trump fire.

7.      Moreover, a Clinton/Wall Street victory, while temporarily slowing down the accelerating process of advancing fascism immediately following the election, over the longer run will both fuel its development and drive it into underground independent fascist political formations. As Paul Craig Roberts, Assistant Secretary of the Treasury in President Reagan’s first term and an Associate Editor of the Wall Street Journal, observed, “The president can do whatever he wants as long as he justifies it as ‘national security.’ The president’s part of the government, the unaccountable executive branch, is supreme. This is the legacy of the Bush/Cheney regime, and this criminal regime continues under Obama. America’s ‘war on terror,’ a fabrication, has resurrected the unaccountable dungeon of the Middle Ages and the raw tyranny that prevailed prior to the Magna Carta.” (VDARE.COM, 9-2-10) Indeed, U.S. Fascism has significantly advanced on the shoulders of every U.S. president at least from Reagan to Bush I to Clinton to Bush II to Obama.

WHAT WE CAN DO NOW
*       We need to organize to oppose the drive toward fascism in the USA—including defense of the Afro-American people against police brutality and Latino immigrants against ICE raids and against increased militarization of the domestic police and U.S. society.

*       We need to stay in the streets and continue to fight for the Sanders Campaign platform demands. And, unlike Sanders, we need to be there to protest the Obama-led U.S. imperialist wars, including the current wars throughout the Middle East.

*       We need to involve our newly organized political groupings in Referenda campaigns on Sanders Campaign-type issues like single-payer universal healthcare, defense of the environment and breaking up the big banks, and run independent candidates in local elections around the country.

*       We need to expose and isolate the Democratic Party and work to build an anti-fascist labor/oppressed nationalities Third Party. A Sanders run for President, independent of the Democratic Party, would help lay a basis for such a mass-based party now. 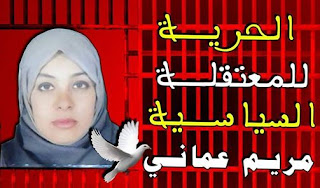 
and pushes British imperialism towards
- A new phase of “English fascism” with internal reaction, hunt against migrants and xenophobia, nationalism and extremely open social-chauvinism, including against Irish, Scottish, etc. proletarians and masses,
- Even more anti-worker and anti-people Economic policies,
- Even more foreign war against the peoples oppressed by imperialism and within Europe itself.

Riding the Tiger of the anti-people policies of the EEC under German “domination”, the English extreme right of Farage - ally of Grillo and English shore of the italian fascist of Lega Nord - wins the referendum and approaches the government of the country.
Soon English proletarians and masses will see the hard way the real outcome of this referendum.

The English vote feeds and strengthens the extreme right and the racism and xenophobia of Lega in our country.

Support for Brexit, shows the drift to the right of forces also belonging to the "communist" left in our country and belonging to parts of the base union, which by now have become useless tools for the class struggle and the socialist and internationalist class perspective in our country. 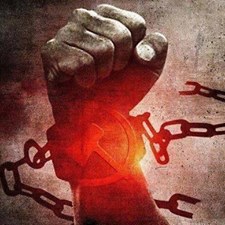 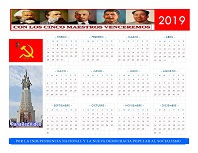 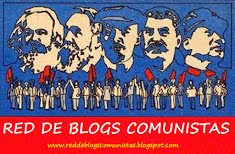 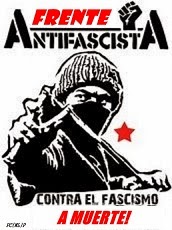 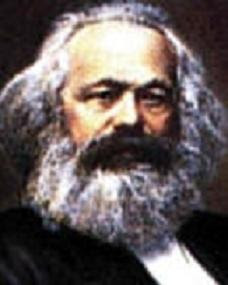 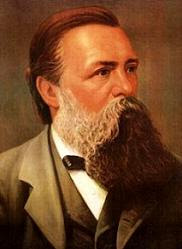 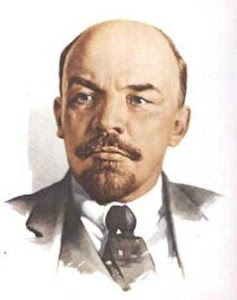 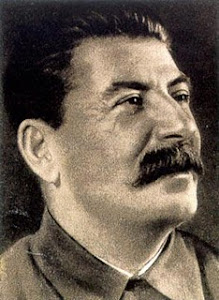 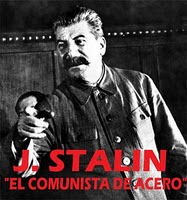 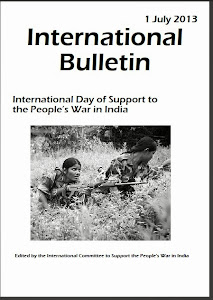 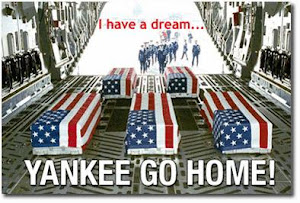